Ghost in the Shell - The Major 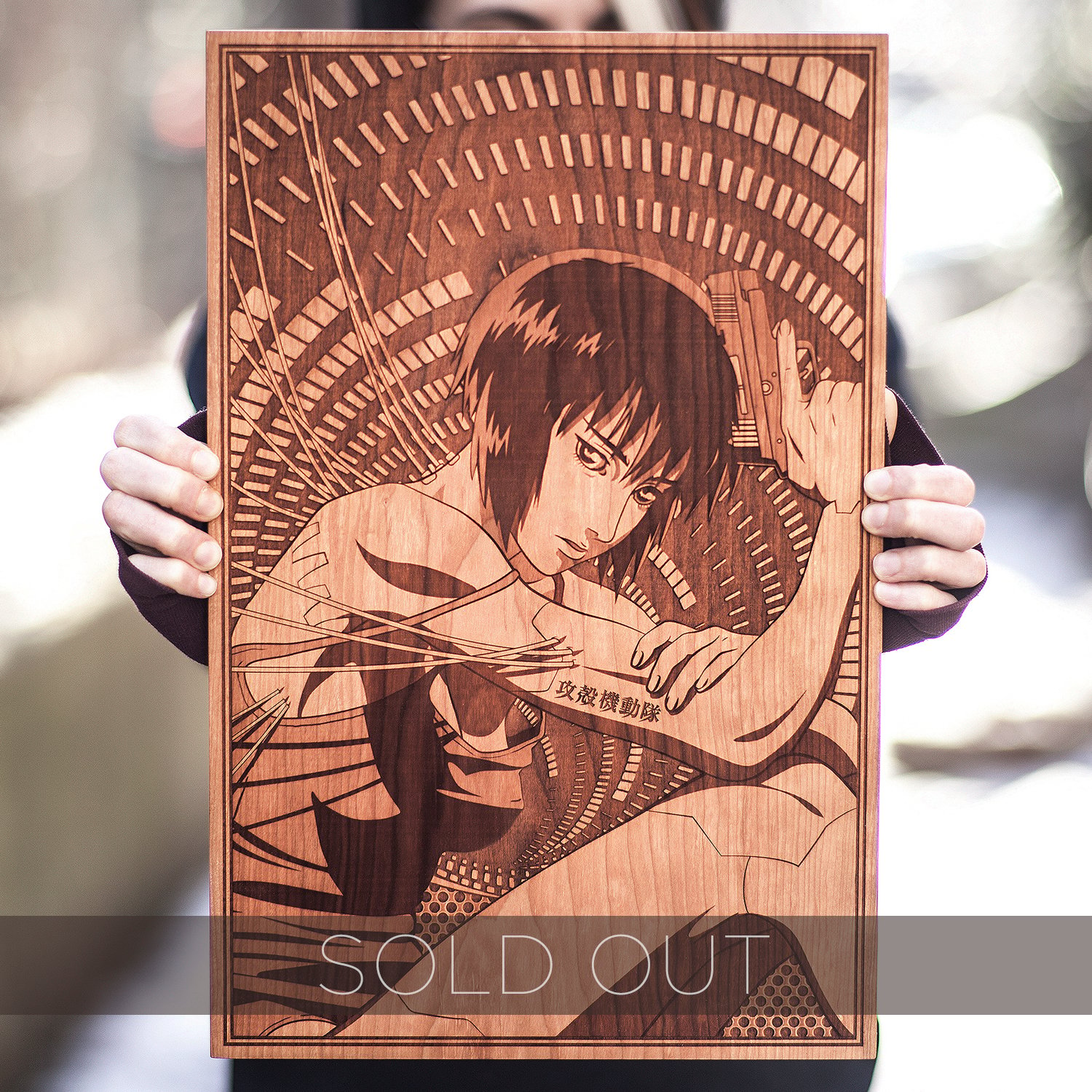 The Ghost in the Shell franchise has been one of the most influential aspects in both Manga/Anime and Science Fiction since its original debut in 1989. Even though the anime has been a staple in the action genre it is in reality an incredibly deep and complicated exploration into humanity and to the discovery of what makes us a living sentient being.

This beautiful limited edition Ghost in the Shell wooden engraving has been laser engraved on US sourced cherry hardwood. Each one is carefully cut, sanded, and oiled by hand then put under a powerful laser in order to burn in this SpaceWolf original design.

Only 50 of these will ever be created.

Please allow one week to ship out. We ship everywhere but North Korea.