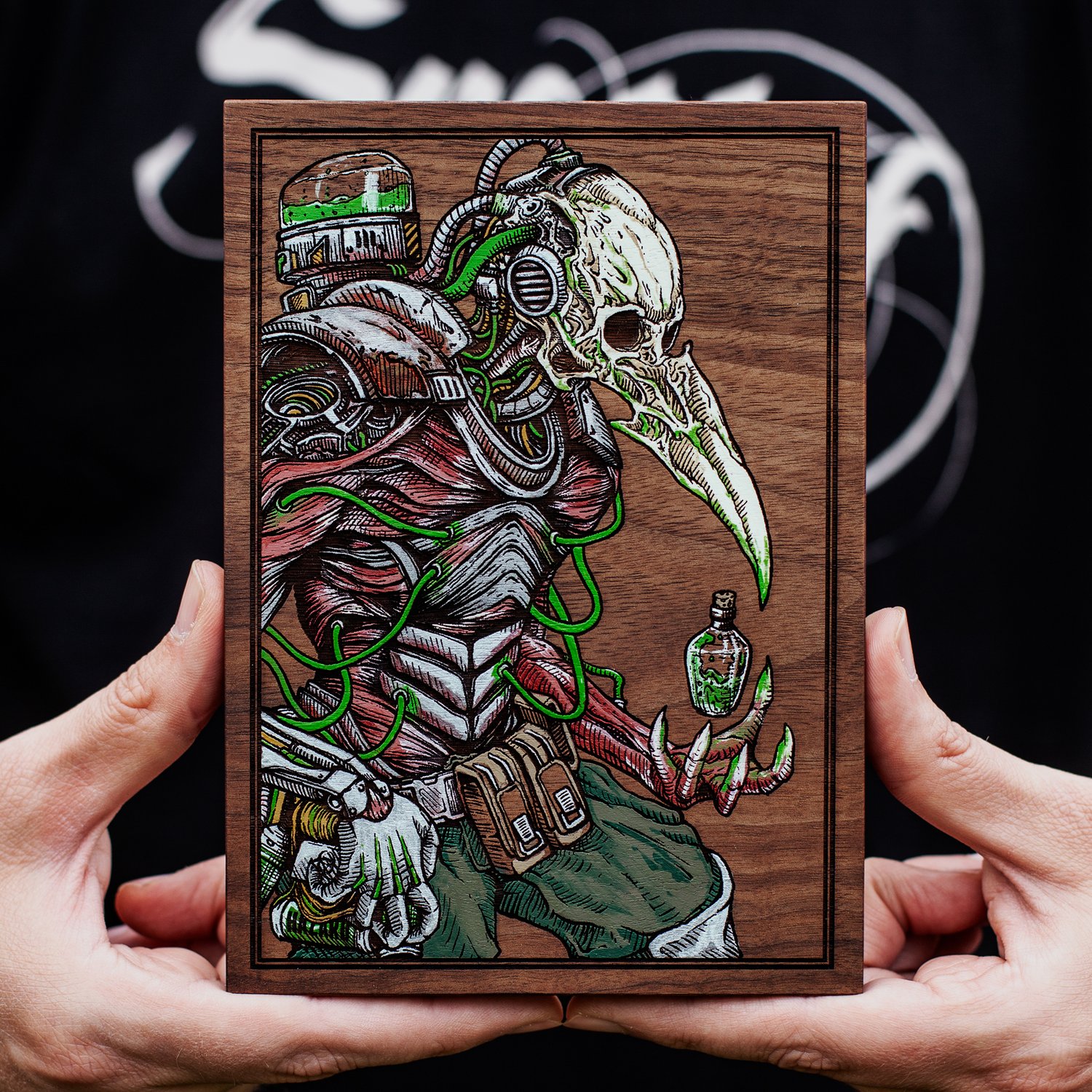 Excerpt from included Biography:
Halimaka was named after his obsession with chemical agents. He was dubbed the “Alchemist” by his enemies and allies alike. After years of experimenting on himself, he has deformed his body and infused the poisons into his very own blood stream...

This limited Mini edition engraving has been laser etched on Walnut Hardwood. Each one is carefully cut, sanded, and oiled by hand then put under a powerful laser in order to burn in this SpaceWolf original illustration. Afterwards, SW hand paints each one with acrylics.

Signed - Numbered - Branded
Walnut Hardwood - Hand Painted
Mini: 5in x 7in x 1in
Edition of only 20