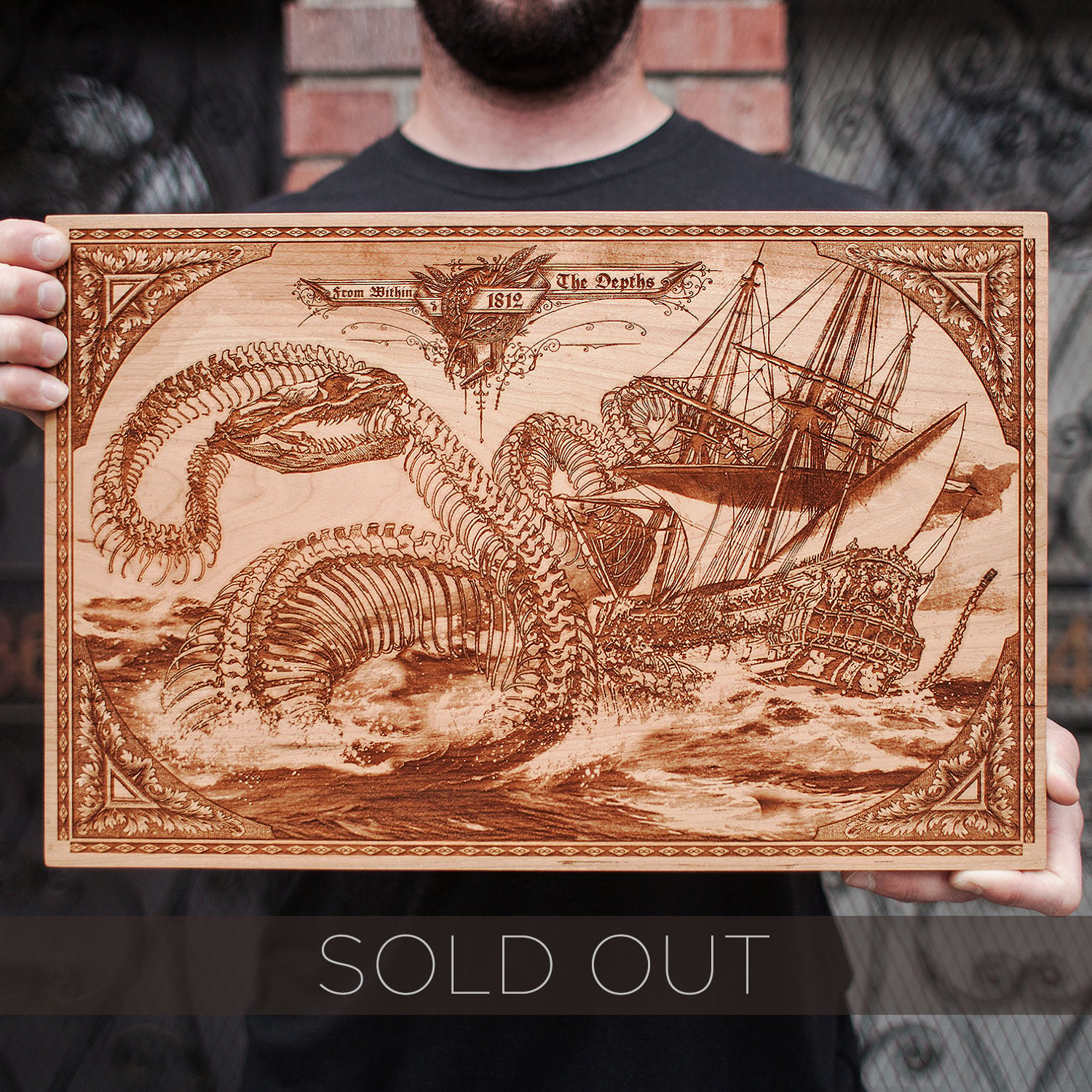 During the War of 1812 when the British were attempting to take back the country for themselves. The war was all but lost for the US and the English had even taken Washington D.C. All of the sudden a freak Tornado hit the city! The Brits had never seen one before and thought that either God or the Devil or some supernatural force was coming to kill them. They fled the city in fear and it was a major turning point in the conflict.

SpaceWolf also made this piece because he loves Sea Monsters too!

This beautiful limited edition "1812" wooden poster has been laser engraved on US sourced cherry hardwood. Each one is carefully cut, sanded, and oiled by hand then put under a powerful laser in order to burn in this SpaceWolf original design.

Only 50 of these will ever be created.

Please allow one week to ship out.